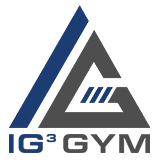 Water: How much do you really need?

This is a very common question. Water is something that we all need obviously, and to be perfectly honest, the activity level and how much you're actually moving during the day really matters. So athletes are going to need a lot more than your standard office worker that's not doing much.
So if you're going to the gym two or three times per week, riding a bike, doing some running along with that, I strongly suggest that you start off with about half your body weight in ounces as a good rule of thumb. But you really need to make sure that you're not just drinking a lot of water and it's just running right through you.

Well, I'm finding a lot of these people are just commonly dehydrated even though they're actually drinking that much water. How do they get dehydrated? They're lacking electrolytes. So you got potassium, sodium, magnesium-all these different things, right? So potassium and sodium work in unison with one another, they play off each other synergistically. If you are lacking in either one of these minerals, you can easily become dehydrated. And most people, when they actually take an electrolyte-type supplement or something like that, usually it tastes very salty initially because usually that's because they are dehydrated.

So if you have any more questions feel free to reach out to us, and we'll talk to you in the next video.
GET STARTED TODAY!